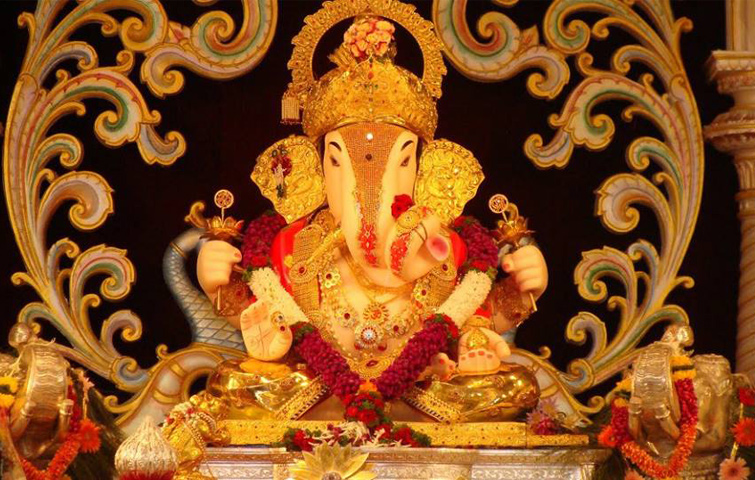 It is located in Pune and is visited by a large number of tourists from all over the country.

The temple trust is one of the richest in India and is famous for its intrinsic designs and its Golden idol, which is believed to the most beautiful part of the temple.

This majestic temple was built by Shrimant Dagusheth Halwai, who was a sweet-maker by profession, when he lost his son to plague.

Managed by the Halwai Ganapati Trust, the temple looks its best during Ganeshotsava, when the whole structure is decorated with lights and flowers.

He originally came from Karnataka and settled in Pune. After he gained fame as a Halwai, that became his surname.

His original Halwai shop still exists under the name Kaka Halwai near Datta Mandir in Pune.

Mr. Dagdusheth Halwai was a successful sweetmeat seller and a rich businessman.

In late 1800s, he lost his son in a plague epidemic. This caused Dagdusheth and his wife to go into deep depression. To heal themselves, their Guru, Shri Madhavnath Maharaj recommended building a Ganesh temple.

This was completed in 1893. Lokmanya Tilak, the Indian Nationalist leader and a contemporary of Dagdusheth, was a close friend of him. Tilak saw his dedication and also the construction of the temple and it was here that the idea of celebrating public Ganesh festival. struck him. It proved to be an epoch making event in Indian history.