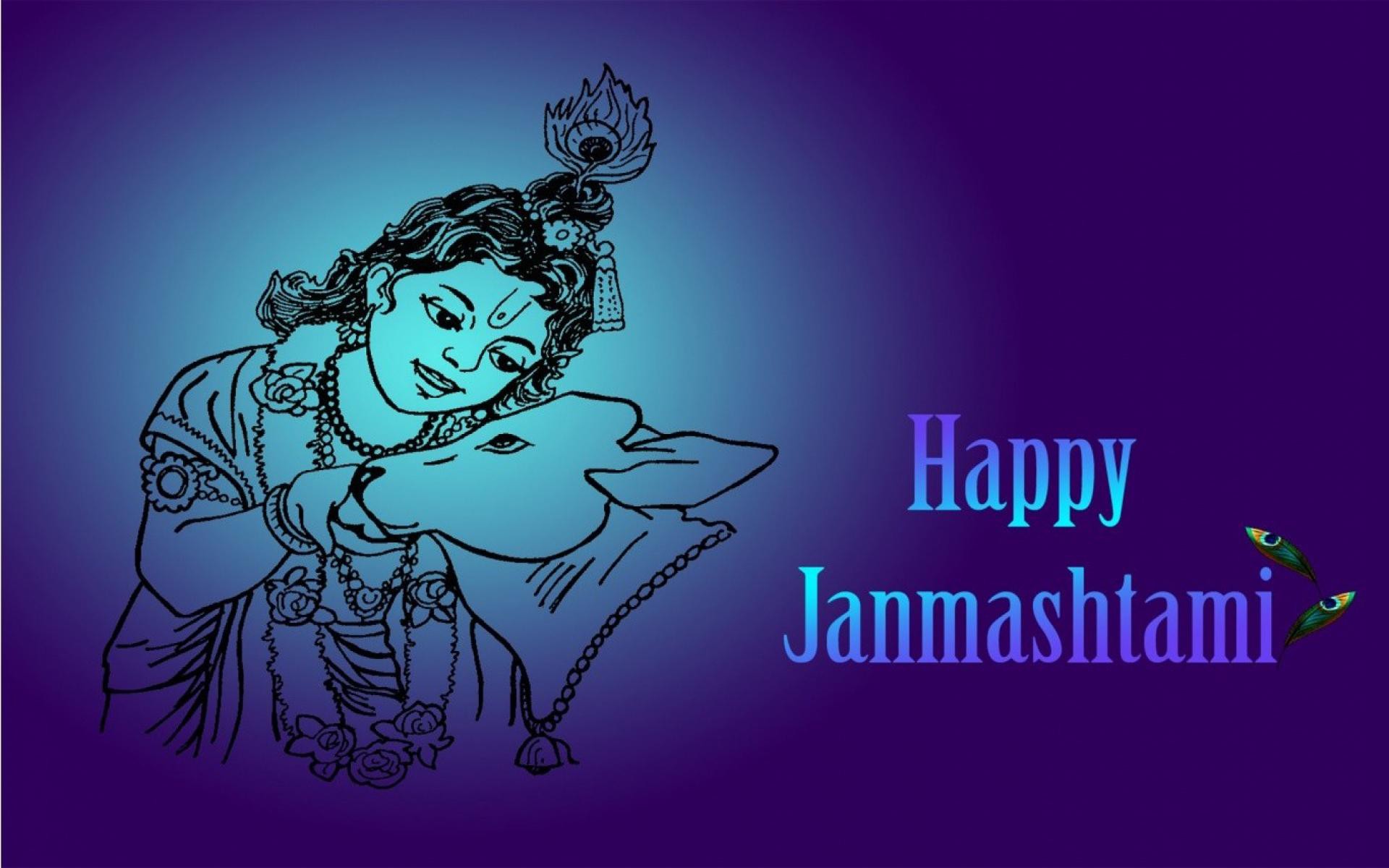 Janmashtami, the birthday of Lord Krishna is celebrated with great devotion and enthusiasm in India in the month of July or August. According to the Hindu calendar this religious festival is celebrated on the Ashtami of Krishna Paksh or the 8th day of the dark fortnight in the month of Bhadon.

Sri Krishna is considered as the one of the most powerful human incarnations of the Lord Vishnu. He was born around 5,200 years ago in Mathura. The sole objective of Sri Krishna's birth was to free the Earth from the evilness of demons. He played an important role in Mahabharata and propagated the theory of bhakti and good karma which are narrated deeply in the Bhagwat Geeta.

Sri Krishna was born in a prison in the custody of Kansa. Vasudev, His father immediately thought of his friend Nand and decided to hand over his child to him to save Krishna from the clutch of Kansa. Krishna grew up in Gokul and finally killed his uncle, King Kansa.

The actual celebration of Janmashtami takes place during the midnight as Sri Krishna is believed to be borned on a dark, stormy and windy night to end the rule and violence of his uncle, Kansa. All over India this day is celebrated with devotional songs and dances, pujas, arti, blowing of the Conch and rocking the cradle of baby Sri Krishna.

The Janmashtami celebration of Mathura and Vrindavan, the places where Sri Krishna had spent his life, are very special. On this day temples and homes are wonderfully decorated and illuminated. Night long prayers are offered and religious mantras are sung in the temples.

Krishna was the son of Devaki and Vasudeva and his birthday is celebrated by Hindus as Janmashtami, particularly those of the Vaishnavism tradition as he is considered the eighth avatar of Vishnu. Janmashtami is celebrated when Krishna is believed to have been born according to Hindu tradition, which is in Mathura, at midnight on the eighth day of Bhadrapada month (overlaps with August and September in the Gregorian calendar).

Krishna was born in an era of chaos, persecution was rampant, freedoms were denied, evil was everywhere, and when there was a threat to his life by his uncle King Kansa. Immediately following the birth, his father Vasudeva took Krishna across Yamuna, to foster parents in Gokul, named Nanda and Yashoda. This legend is celebrated on Janmashtami by people keeping fast, singing devotional songs of love for Krishna, and keeping a vigil into the night. After Krishna's midnight hour birth, statues of baby Krishna are washed and clothed, then placed in a cradle. The devotees then break their fast, by sharing food and sweets. Women draw tiny foot prints outside their house doors and kitchen, walking towards their house, a symbolism for Krishna's journey into their homes.