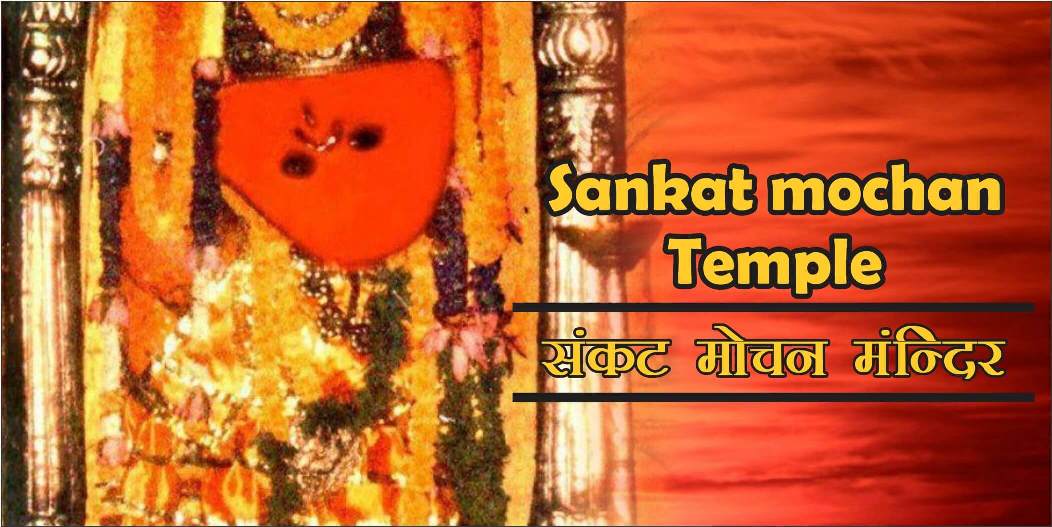 Sankat Mochan Hanuman Temple is one of the sacred temples of the Hindu God Hanuman ji established by Saint Sri Goswami Tulsidas ji in the southern part of Varanasi city, Uttar Pradesh, India.

It is situated on the banks of Pouranic Assi river. Goswami ji has specifically named his deity "Sankat Mochan" which means reliever from troubles.

In the temple, offerings to Lord Hanuman (called Prasad) are sold like the special sweet "besan ke ladoo", which the devotees relish; the idol is also decked with a pleasant marigold flower garland as well.

This temple has the unique distinction of having Bhagwan Hanuman facing his Bhagwan Ram, whom he worshiped with steadfast and selfless devotion.

It is believed that the temple has been built on the very spot where Tulsidas had a vision of Bhagwan Hanuman. The temple still continues to be attended by thousands of Bhagwan Ram and Bhagwan Hanuman devotees who chant Shri Hanuman Chalisa and Sundarkand.Sankat Mochan temple is near the Banaras Hindu University.

The Sankat Mochan Foundation (SMF) was established in 1982 by Veer Bhadra Mishra, the Mahant (High priest) of the temple, and has been working for cleaning and protecting the Ganges river.

Each year in the month of April, the Sankatmochan Temple organizes a classic music and dance concert festival titled, Sankat Mochan Sangeet Samaroh, in which musicians and performers from all over India take part.

The first festival was organized 88 years ago, and since then it was attract numerous stalwarts of Indian classical music and dance world, including Odissi guru, Kelucharan Mahapatra, who was associated since its early days.