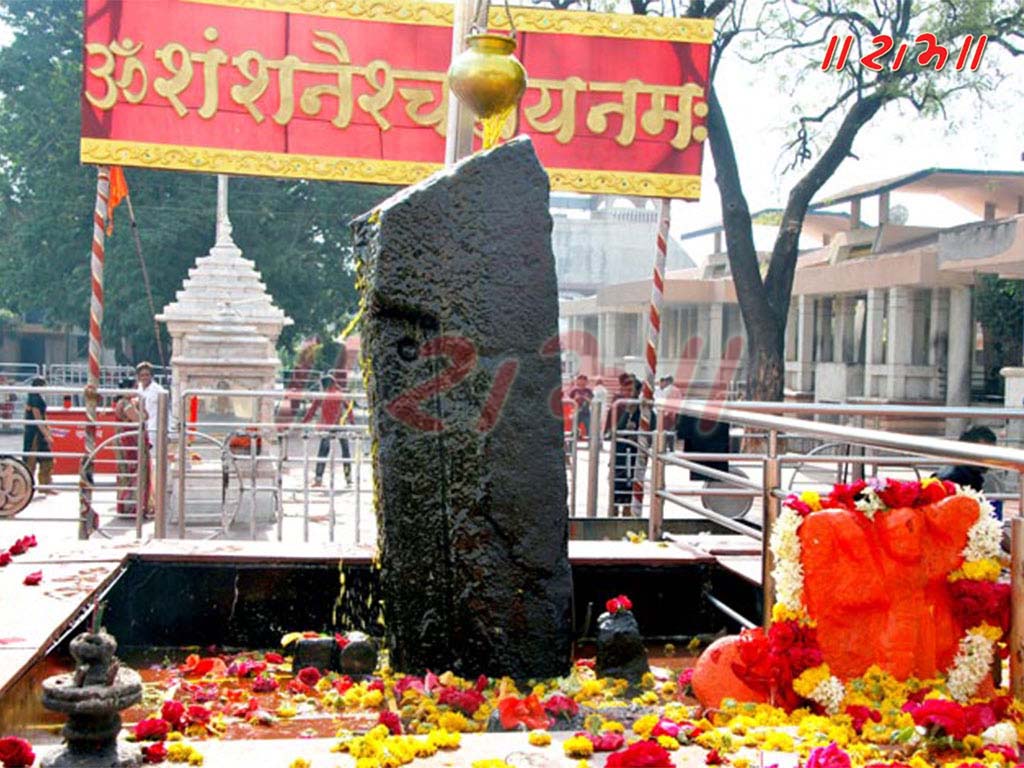 It is situated in Ahmednagar district of Maharashtra.

It is swayambhu (self-evolved) statue of Shani Dev.

The place Shingnapur is so popular that no house and bank has doors. No robbery is noted till date.

It is highly believed that whoever attempts to theft will be punished by Shani Dev. UCO bank opened lockless branch in the village saying god as guard.

One who does Tailabhishekha to lord will be blessed by Shani Dev or Shaneeswara.

The favorite days to Shaneeswara are Shani Trayodasi and Saturday falling Amavasya (new moon day). The number of devotees visits this temple during these days in thousands to seek god blessings.

Here are five things you may not know about the temple and the village it is situated in:-