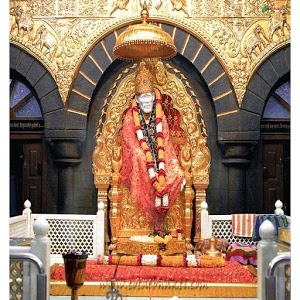 Earlier in this premises Venkateshwara Swami temple was there. Later in 1993 H.M.T Colony people started worshipping Sai Baba photo and later they constructed the Sai Baba temple. Every month all the employees of H.M.T in this colony donate Rs. 10 from their salary to maintain the temple.