Akshaya Navami is one of the important Hindu rituals that is observed on the ‘Navami’ (9th day) of the ‘Shukla Paksha’ (the bright fortnight of moon) during the month of ‘Kartik’ in the traditional Hindu calendar.

This day holds same significance as the auspicious day of ‘Akshaya Tritiya’, a grand festival celebrated on the ‘Vaishakha Shukla Tritiya’.

As per the Gregorian calendar, Akshaya Navami falls between the months of October-November. As the name ‘Akshaya’ implies, the rewards for performing any devotional or charitable activities on this day never diminishes and benefits the observer not only in the present life but also during his/her future births.

According to the Hindu legends, it is believed that on Akshaya Navami, the era of ‘Satyug’ started and therefore it is also referred as ‘Satya Yugadi’.

Akshaya Navami is very favourable for doing all kind of Daan-Punya activities.

Furthermore, Akshaya Navami is also celebrated in various parts of the country as ‘Amla Navami’. On this day, Amla tree is worshipped as it considered being the abode of all Gods and Goddesses.

In the Indian state of West Bengal, this day is celebrated as ‘Jagaddhatri Puja’ wherein ‘Jagaddhatri’, the Goddess of Satta is worshipped with full devotion.

Also on the day of Akshaya Navami, the Parikrama of Mathura-Vrindavan is considered very auspicious. Hindu devotees from all corners of the country gather on this day to earn maximum benefits.

Amla Navami Or Akshaya Navami 2017 according to Padma Purana :

Known to be a very nutritious fruit, Amla has much religious significance attached to it as it is a fruit known to be very dear to lord Vishnu. It is used on the auspicious day of Ekadashi to welcome virtues unto one. Additionally, eating Amla on a daily basis ensures a healthy long life.

The legend behind Amla Navami Or Akshaya Navami :

One day a Chandala went hunting in the forest. While he hunted for birds and deers, he fell hungry.

Seeing an Amla tree, he climbed onto it and ate the sweet Amla fruits. Unfortunately, as he began to climb down, he fell and died. When Yam raj’s attendants to take away his soul, they could not do so.

This baffled the Yam raj to a great extent and he seeked help from sages. They enlightened him by saying that they couldn’t approach the Chandala’s body as he had consumed Amla just before he died. 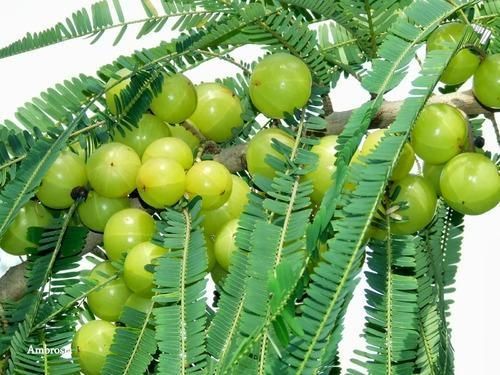 The day of Akshaya Navami is very significant for Hindus and celebrated with great zeal all across the country.

Offering prayers on Akshaya Navami with full devotion and dedication is believed to be highly rewarding.

Prayers offered on this day grants fulfilment of all the wishes and ultimately lead the person on the path of ‘moksha’ or liberation.

Performing charitable activities on this day benefits the individual for lifetimes to come.

Akshaya Navami is also observed as ‘Kushmanda Navami’ as according to the Hindu legends, on this day Lord Vishnu vanquished the demon named ‘Kushmanda’ and obstructed the spread of Adharma.